Mashable published a list of social media “resolutions” for the new year, examining the up and coming trends in social networking. Today companies realize social media is a lot more than “poking” and “tagging” friends. Facebook, Twitter, and Vine can be on par with television commercials in terms of advertising worth. However, in an integrated world, both traditional and non traditional media are essential. The trick is to make everything feel like a single brand. Which means that marketing  teams have to master every platform and learn to execute the brand appropriately–from the 30 second commercial, to the six second Vine, to that crazy branded YouTube video everyone is talking about.

Mashable singled out three aspects of social media that must be embraced by companies if they want to survive.

1. Jobs in Social Media – A few years ago, if you told people at a party that you were “a blogger,” that usually translated to “unemployed.” Today almost every company, big or small, has a blog. Small businesses may run entirely off a blog and online store. Larger companies now have a person, a department or an outside resource whose entire job is to blog and manage social media platforms for that company.

2. The latest, greatest platforms – myspace coming back? Google+ becoming a thing? It’s hard to predict where social networking will go. Both Twitter and Google+ are making inroads, but neither is  “the new Facebook,” – yet. 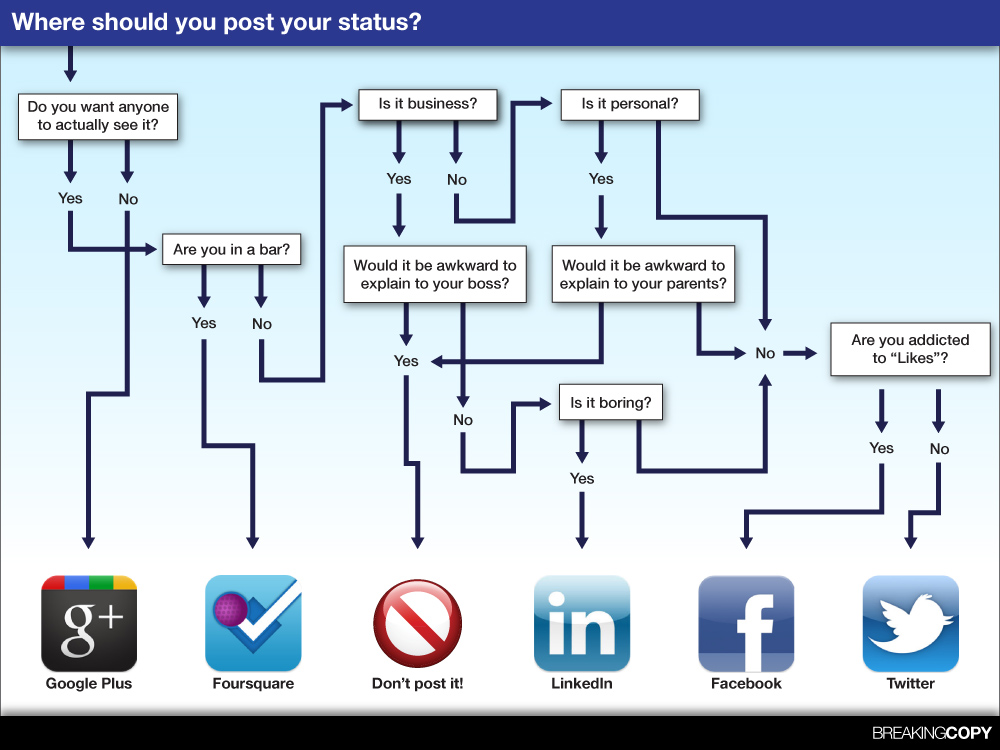 The biggest “new” thing we all need to master is the short form video. With Vine increasing in popularity and Instagram’s new video feature, microvideos are the wave of the future. The artistic challenge of telling a story in a few seconds is an exciting one.

3. Live, New, and Quick – companies have begun to dabble in the new art of “live tweeting.” Facebook has adopted the Hashtag. Pinterest is growing ever more complex with new kinds of pins. This is all great news for advertising. Every day, there are more ways to reach new audiences.

A lot of companies hedge their bets and try to have accounts on everything, however it’s smart to prioritize each platform based on context that’s appropriate for your audience and your message.  The biggest challenge for 2014 and beyond will be  the race to identify and perfect each new innovation. And then find ways to turn that into ROI.