This commercial open on a low angle of a sexy new vehicle. Slow, rotating shots of the headlights, the sleek curves, and tinted glass bulid the excitement as a deep voiceover boasts about  performance and precision. It’s the standard new vehicle introduction ad – until it gets to the end and turns out to be for the 2014 Oscar Mayer Weinermobile.

This year, you can use the hashtag #TWEET2LEASE to enter for a chance to win a “lease” on the iconic vehicle. The first iteration of this staple of advertising was built in 1936 by Oscar Mayer’s nephew and has been used ever since to promote the brand. “Hotdoggers,” the drivers of the car, hand out hotdog shaped whistles known as “weenie whistles.” There are currently eight Weinermobiles in existence, including the original. The Weinermobile always sports a clever vanity plate – RELISHME, YUMMY, and IWSHIWR among them. The Weinermobile is fabled to have a “hot dog smell” button which emits the scent of a freshly grilled hotdog from the vehicle. “Hotdoggers” have confirmed this legend to be true. If you ever spot a Weinermobile on the street, be sure to get a whiff. 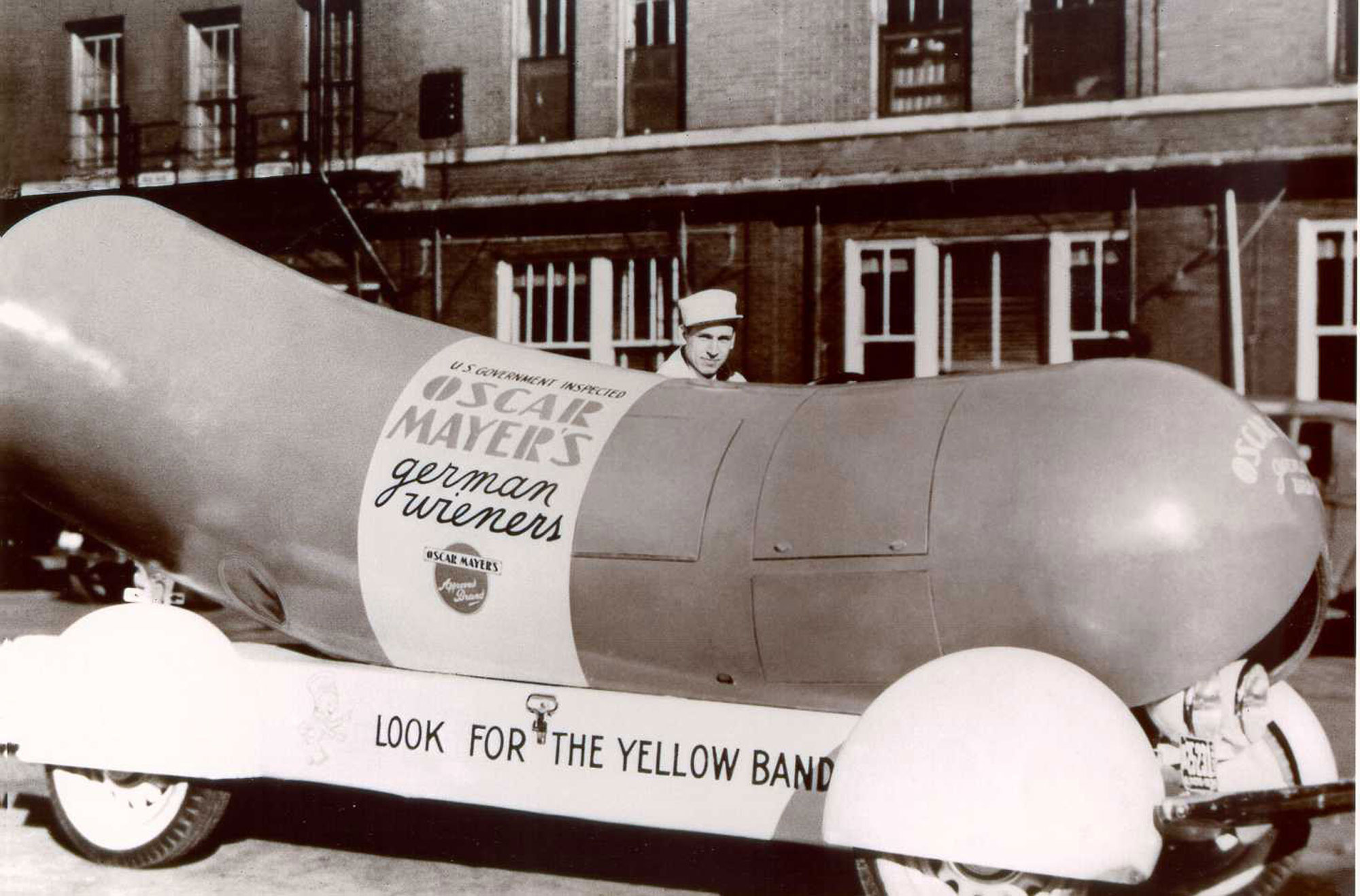 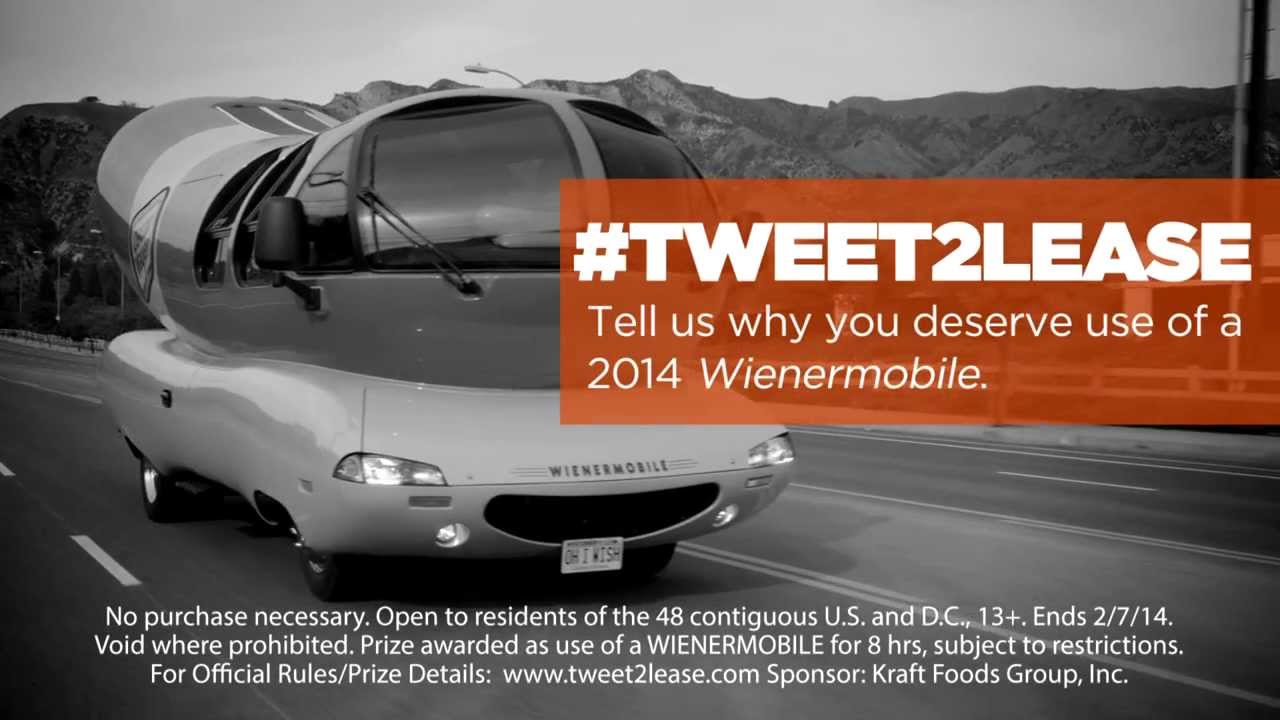 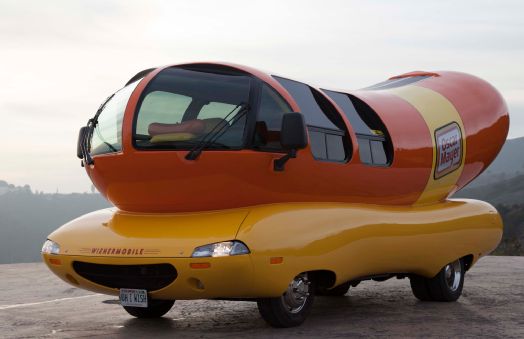