The Travel Channel:
One Man’s Weird is
another Man’s Wonderful

Research showed people loved the Travel Channel. They just didn’t watch it very often. The reason: While the content was informative, it wasn’t engaging enough to attract viewers for return visits. And without return viewers, it is difficult to attract return advertisers. 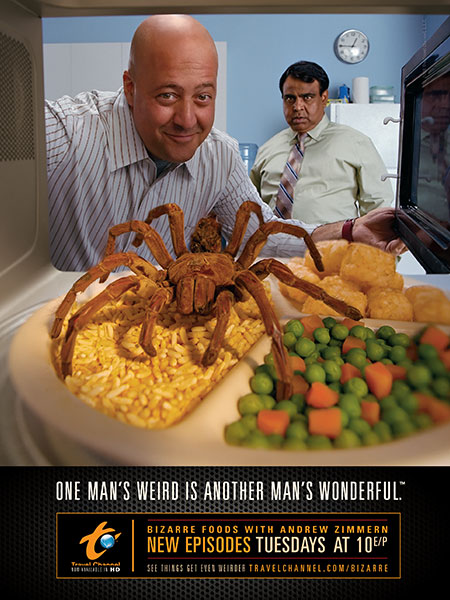 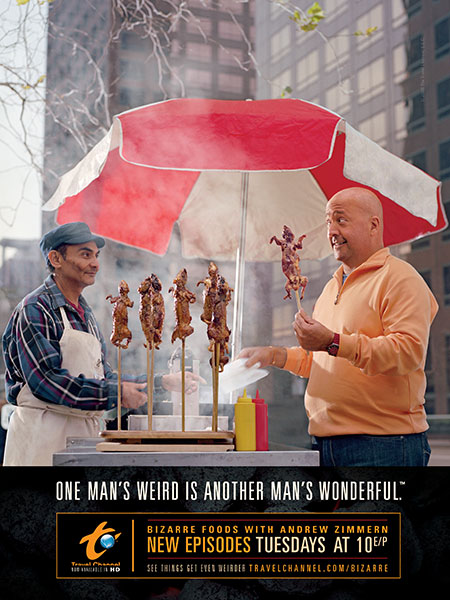 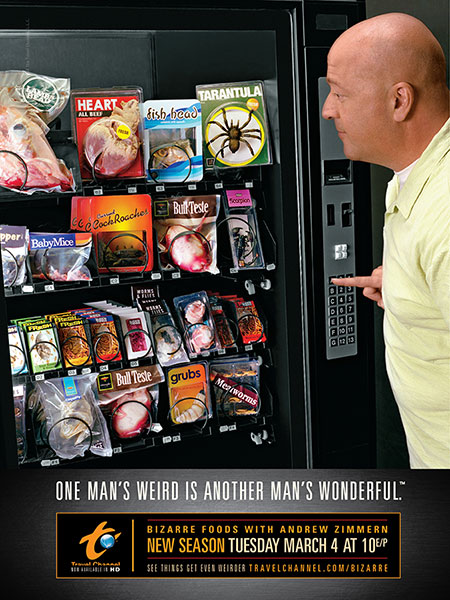 We set out to transform the network from an academic, on-air travelogue, into a travel entertainment destination, by focusing on shows that had an edge, great storylines and engaging characters. We began with a show that had a small, but dedicated following, called Bizarre Foods with Andrew Zimmern. The series highlighted the host trying unique cultural delicacies, such as putrefied shark, monkey brains and a litany of roasted insects. To give viewers a point of entry, we developed dedicated sites, online games, social media quizzes and commercials based on the idea of what it might be like if Andrew enjoyed the same diet at home that he experienced in countries around the world. The sometimes cringe-worthy creative proved to be enticing and effective.

Andrew’s second season debuted as the highest-rated show in network history at the time. Viewership for the season increased by 17% and it was considered the toehold that began the transformation of the network. The work was honored with several local and national awards, including an Addy for Best of Show and was nominated for an Emmy.

Got An Idea For A Project?
We‘d Love To Hear From You

If you have a unique idea for a business, a product, an art endeavor, a fundraiser or other community effort, give us a shout. Let’s see if we can do something great together.